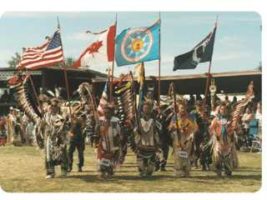 The Legal Origins of The Standing Rock Reservation

Beginning on April 29, 1868, the Sioux Nation received land on the 46th parallel of the north latitude to the bank of the Missouri River, running south along the east bank of the Nebraska borderline and west to the 104th parallel of the west longitude, to become their home — the Standing Rock Sioux Reservation. This was done according to the Treaty of Laramie, Article 2. When the land grant was first negotiated, it included the Missouri River and the Black Hills, sacred to the Sioux. 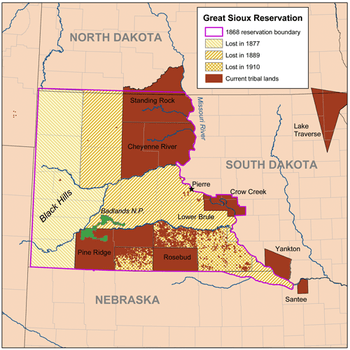 Within the Treaty the Sioux were also granted the right to hunt off the reservation on land from the Platte and Republican Rivers east to the Bighorn Mountains —  that right was listed in the Treaty’s 11th article. The Standing Rock Agency at Fort Yates was formed in 1873. On March 16, 1875, the northern boundary was extended to the Cannon Ball River by Executive Order. But Congress reduced the size of the reservation in 1889, dividing it into six reservations which included the Standing Rock Reservation.

An Influx of Homesteaders

The reason for pulling the land back was to offer 9 million acres for homesteading to those immigrating from other countries, as well as those seeking their fortune by leaving the more established cities along the eastern United States. It had been discovered that the Black Hills region was rich in gold deposits.  Part of the “freed-up” land came from Standing Rock to the tune of 6.6 million acres. Leaving only somewhere between 2.4-2.7 million acres to the Sioux (sources vary). Much of that land handed over to settlers was the best farmland, making it more difficult to provide for members of the tribe. Those reduced boundaries have remained much the same since the 1889 Congressional act.

Less than 10 years after the original treaty, on February 28, 1877, Congress removed the Black Hills from the reservation’s land. Which according to the original Fort Laramie Treaty (Article 12) they could not do so without at least 75% of the adult Sioux males approving any cession of land. That approval was never sought (nor granted), but it didn’t stop the U.S. from making the change to take away land from the Sioux people. 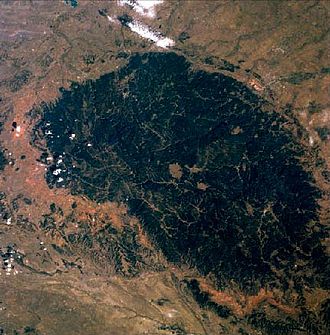 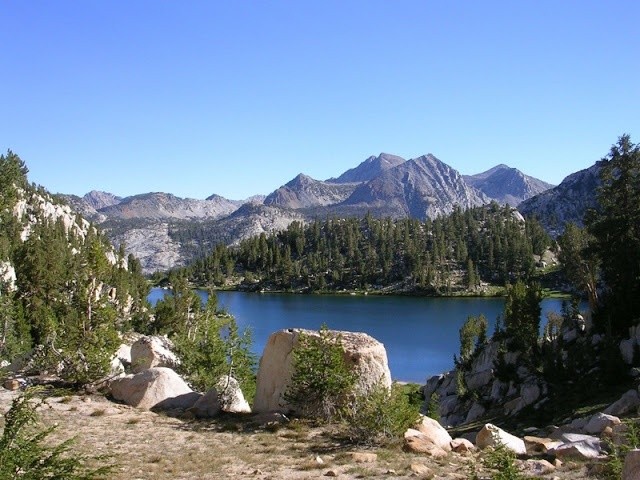 In 1980, in the U.S. Supreme Court case, “The United States vs. Sioux Nation of Indians” one of the judges commented on the matter (448 U.S. 371,388) (1980), saying that, “A more ripe and rank case of dishonorable dealings will never, in all probability, be found in our history.” The case was determined in favor of the Sioux Nation via payment for the value of the land, the value of gold illegally removed from the land, and interest on that value. The Sioux Nation refused to accept the payment and the money sits in an account for them, equalling well over a billion dollars. However, the reason the Sioux have not accepted the payment is that they know that in accepting money, the case will be closed and they lose all chance of ever retrieving what they want — the land.  The Sioux tribe is still battling this case in court for the return of this land.

With the Pipeline issue being faced today, the Court may have just been proven wrong. The facts borne out by history do not show the U.S. Government’s ability to stick with the terms of their treaty with the Sioux in a favorable light. 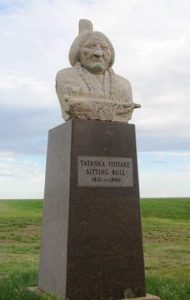 The area had a severe drought between 1889-1890 and all their crops were lost. At his home on December 15, 1890, Sitting Bull was killed on orders issued by the government to tribal police. That was not enough, as his family and supporters were also killed. Two weeks later, on December 29, 1890, The Lakota Sioux were massacred — losing over 300 of their people at Wounded Knee. After that, they petitioned to be granted back their sacred ground in the Black Hills — that effort continues even today.

Construction began on the Oahe Dam in 1948 by the Army Corps of Engineers, again ignoring the tribe’s opposition. Because of flooding from the dam over time, the Sioux also lost more than 160 thousand acres of productive farmland. One-quarter of the reservation’s inhabitants had to relocate due to the flooding. 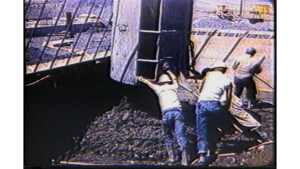 The Sioux were offered two large cash settlements from the U.S. Government in 1979 and 1980 but turned them down. ($17.5 million and $160 million — both with interest). The Sioux Nation didn’t want the money; they wanted their sacred ground — the Black Hills — returned to them. The amount offered was supposed to be compensation for the illegal seizure of their sacred land. With this historical backdrop, it’s not hard to understand Dakota Access Pipeline protests. The Sioux are concerned about losing more of their land to illegal seizure by the government, let alone the issue of ownership of the Black Hills. 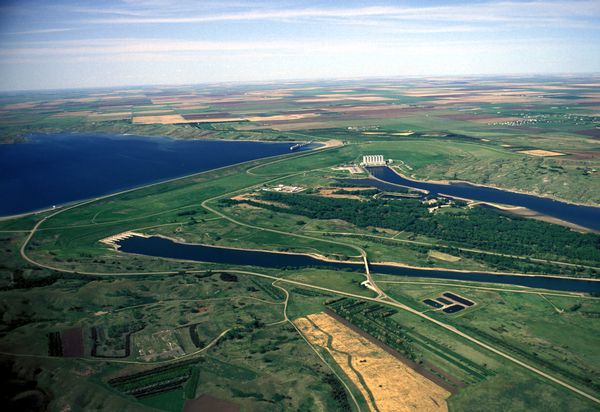 The Shadow of the Pipeline

The pipeline, when completed, will cross over four of the western states and have a massive negative environmental impact on lands held by the Native Nations. Two of the biggest concerns of the Sioux are that the pipeline will cross under the Missouri River at Lake Oahe — only a half-mile from the reservation. Any spill or leak from the oil pipelines could negatively impact their reduced farmland for years, maybe even for generations. Lake Oahe is also the main source of drinking water for the tribe. Think of the recent crisis in Flint Michigan, but in many cases with much less established infrastructure to deal with any problems caused by contamination.

The Tribe proposed the pipeline follow its original plan of going farther north instead. Can you guess why that suggestion was rejected? At least part of the reason was that it’s too close to drinking water wells for the state’s capital, Bismarck. But apparently, the government and the people from the pipeline feel the Sioux need to just back down and stop worrying about it.

Another big problem the Sioux see with the route that’s being pushed is that it will run north of the reservation and through where their burial places and other sacred sites were recently discovered. Since that land is not currently part of the reservation, the company building the pipeline claims it is none of the tribe’s business. But the Standing Rock Sioux say it is part of the original treaty’s land grant that was taken from them illegally later. 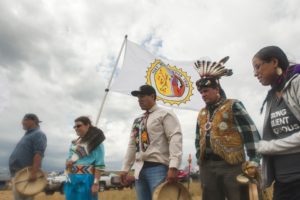 In April 2016, the Standing Rock Sioux began protesting the pipeline and many other native tribes from around the country have joined with them. In the fall of 2016, a temporary injunction was issued by a federal judge to stop construction on the $3.7 billion pipeline. The injunction was granted based on the points listed above — water supply, sacred lands, and because the pipeliner’s architects would be violating the National Historic Preservation Act.

The battle over the construction of the pipeline will ultimately come down to a variety of factors.  The history of this land and the Sioux Nation that has called it home for generations will be one of those variables to decide whether or not this 1168-mile construction project with a capacity of 570 thousand barrels of crude oil a day, moves forward as planned, or not. Among many other key points, the Standing Rock Sioux Reservation is calling upon the original Fort Laramie Treaty, Article 12, which states that no treaty for the secession of any portion or part of the land in the original Treaty shall be valid unless executed and signed by at least three-fourths of all adult male Sioux who occupy or have an interest in the land. Since no such approval has ever been granted it is reasonable to believe that this factor should weigh in justly.

As many around the world join them in their age-old battle, now renewed, they fight in the only way they can for their right to clean land, clean air, clean water, and healthy lives.

They fight, in the form of open prayer, to be heard and seen.  Their prayers are for the rights of honoring their ancestors, and that they may continue to live in their homes and native land, untouched by this pipeline they call the black snake, that serves as a major threat to current and future generations.

They are praying that the successive removal of their lands, their rights, and their wellbeing be stopped and that they are left to live a good life on the land of their ancestors. 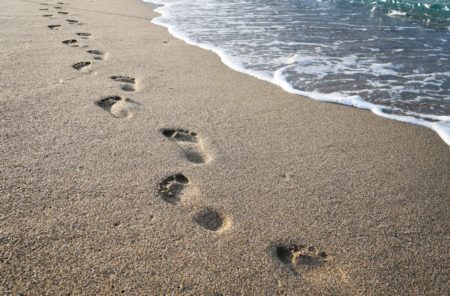